Eddos are growing day by day! Our star plant in 2021 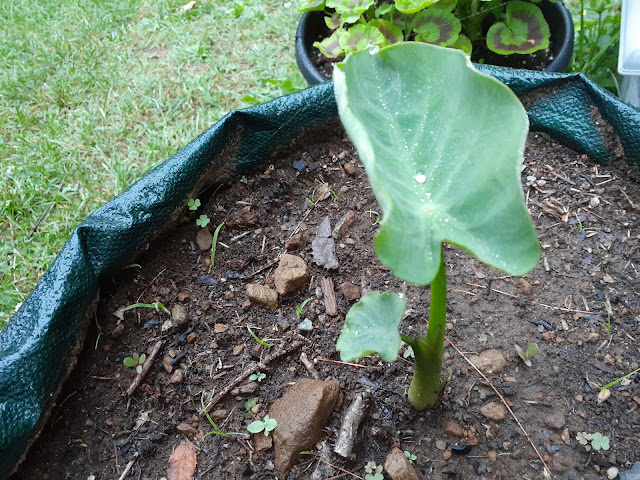 Some eddos which we had bought at the supermarket sprouted, so we planted them, wondering if these tropical plants work in Quebec, Canada. Surprisingly, they are growing day by day. 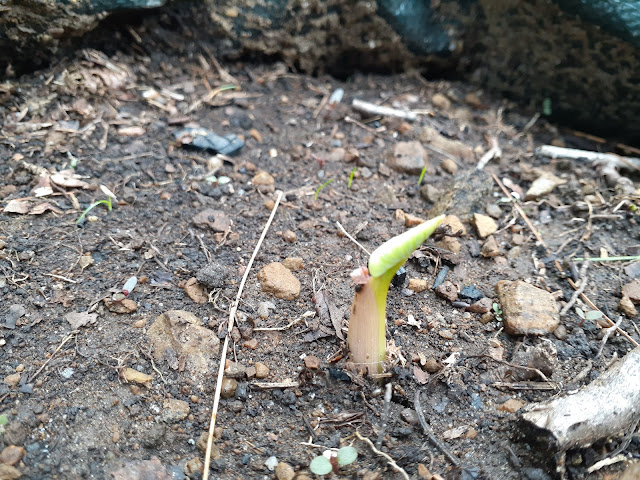 We found one of them sprouted on the ground on the 8th of July. 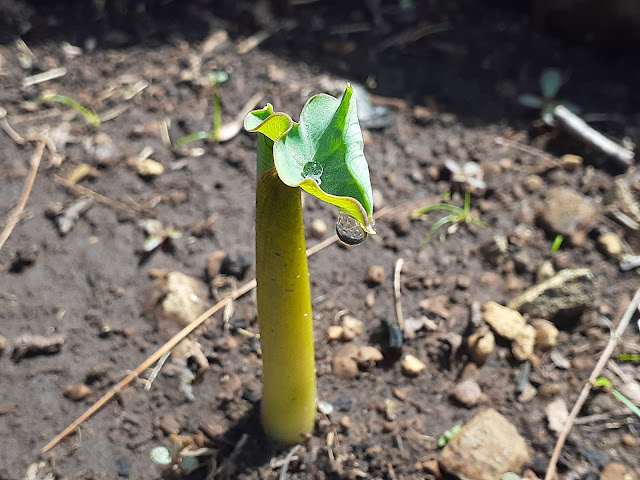 Five days later, a tiny tropical leaf opened and was collecting morning dew in its navel. 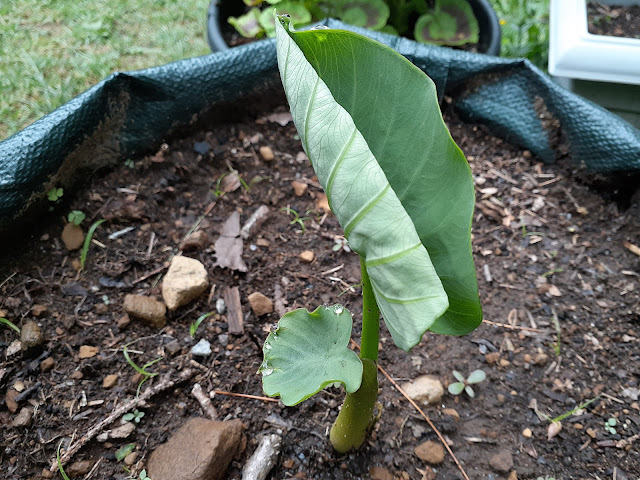 Two days later, we noticed that it had such big leaves and... 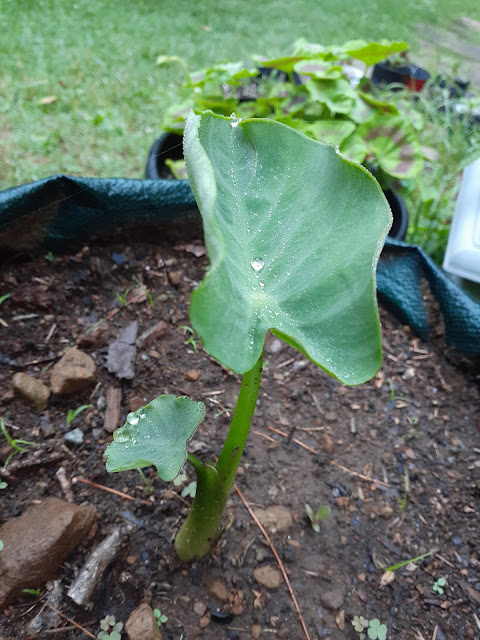 Their smooth stem and smoky forage are so beautiful that we are happy to see them growing even if they cannot make lots of Eddos in the end.

Eddos are our star plants for 2021.  It feels like being in Okinawa!:)