We harvested our first cucumber! 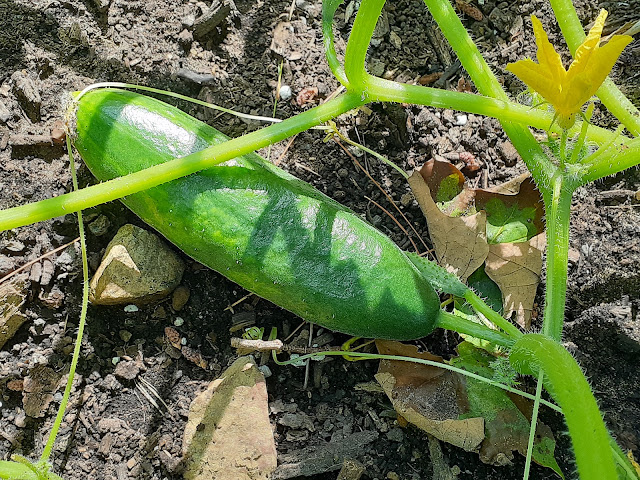 Our cucumbers are growing well. Yesterday we harvested our first cucumber of the year.

This year we have grown three different types of cucumbers from seed, Lebanese, Market More and Straight Eight, but we don't know which one is which anymore. In terms of labeling, we haven’t been very well organised!

The one we harvested yesterday was about 15cm long and we think it might be Straight Eight because the seeds inside were quite big and we could have grown it bigger.

Anyway, the taste was delicious, crisp and fresh. We enjoyed it in a salad with green lentils and plenty of coriander which was also from the garden. 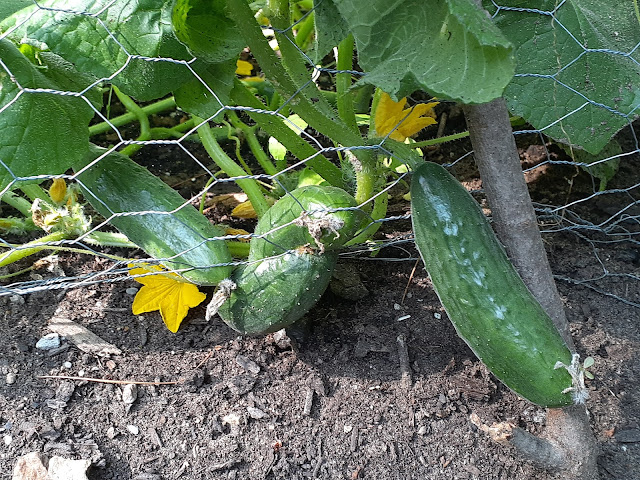 The other cucumbers in our garden are coming nicely too. We used a chicken net for supporting them this year and one of the cucumbers grew stuck in the net. I guess the only way to harvest it is to cut the wire...

<<< Previous Post: Harvesting leafy vegetables: the more you harvest, the more they grow!

Next Post >>> Some ginger has sprouted and so we planted it